Laboratory quality control programs of Controllab for hematology analysis in automated systems include Alinity systems and provide comparison between laboratories of users of this system. 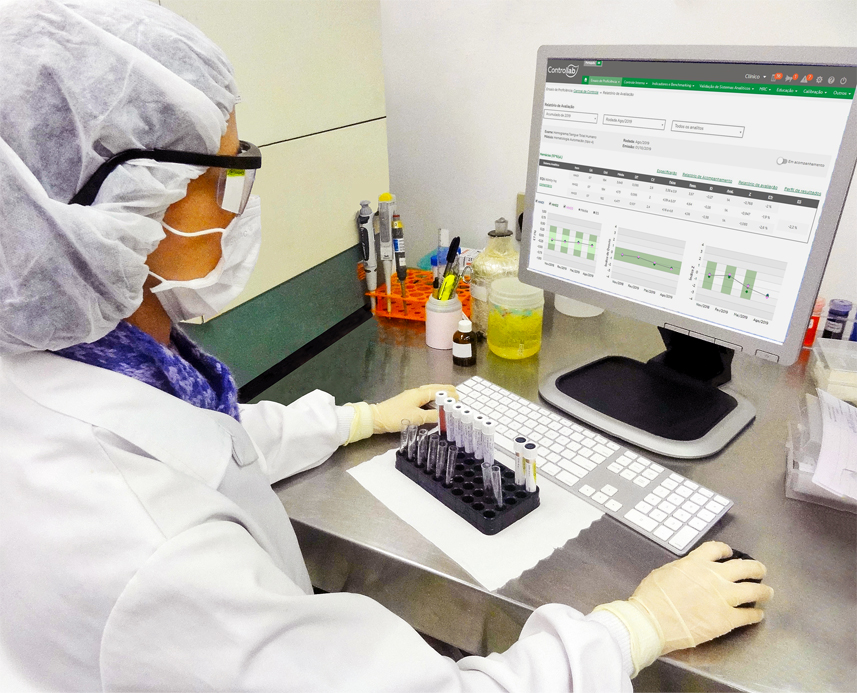 Participating in the Proficiency Test (PT), the laboratory demonstrates the reliability of its analytical results, obtains assistance in identifying failures to take corrective or preventive actions and has the opportunity to identify trends that are not perceived otherwise

These benefits are provided in Controllab programs, which allow laboratories to periodically analyze the accuracy of their results. Among these programs, the Proficiency Test of Automation Hematology stands out, which is structured to meet the particularities of the different systems available in the diagnostic market.

A recent case is the Automation Hematology module type IV, which already included the analyzes for the SDH20 and Pentra 60/80/80 XL systems and, recently, included the Alinity h-series systems. With this addition, laboratories that have Alinity systems in their routine can compare their analysis in a laboratory quality control with liquid whole blood matrix materials. In the table at the end of this text, it is possible to identify the tests contemplated for the global and differential series of these systems.

The program follows the criteria of ABNT NBR ISO / IEC 17043 and is accredited by the General Coordination for Accreditation (Cgcre / Inmetro), under the number PEP 0003, according to the scope published in http://www.inmetro.gov.br/credenciamento/acre_prod_ep.asp.

When participating, the laboratory has access to a proficiency testing information management system that allows more agility and efficiency in performance analysis. The information is dynamic and simplifies the auditing processes, improving the knowledge of the analyzes.

See how the program works:

After interlaboratory comparison, graphs are available in the Controllab Online System for analyzing trends and helping to prevent and identify the causes of non-compliant results. In the system itself, histories can be recorded to track performance on the results.